It has been a while since my last post. I will try to make more frequent updates :-)

After working quite a while on the general game engine I needed some variety. So I started working on the world generation system.

I decided to use a generation approach that divides the process into two mayor steps.

The first step is to create the landmasses which are defined by randomly placed hills and planes. Each gets a strength, radius and falloff parameters. Some of the planes are places near to hills to achieve more coherent landmasses.

The parameters for the generation are all based on presets. This allows for different kind of landmasses like continents, isles and many more.
After this step some currents are created (heat, cold and humidity). Every current has a starting point, altitude, strength, width. Every current is simulated through raycasting and all the results are combined into the heatmap. Each current type has its own set of rules. For example when a heat current hits a hill that is higher than its own altitude the strength gets reduced (abstracting the blocking effect of high mountains on rain clouds).
The result is a approximated heat,cold and humidity distribution. Some parameters are influenced by world specific values like base temperature or humidity. Changing these world setting change the environment from desert to moderate or arctic.
We plan to use these basic data-maps to simulate more behaviours and create additional meta-data-maps.

Planned features and modifiers for the Macro-Simulation

This part uses the generated data-maps from the macro-simulation and interpolates them. One cell of the data-maps will be used for one ore more chunks. Depending on the chosen scale factor.

The macro values are used as a basis for the detail 2D or 3D noise functions. And those noise functions convert the 2D global heightmap to a Voxel-map with tunnels, caves and overhangs.

We proudly present our first tech demo. We are planning to deploy a tech demo each time we implemented some interesting feature.

After some experimentation we decided to ignore the heightmap based Unity terrains. Instead we combine a formable organic environment with sharp blocks. The intention is to accentuate the difference between natural grown landmarks and man made structures.

We created our demo section where you can see the planned demos and start playing the already released ones. 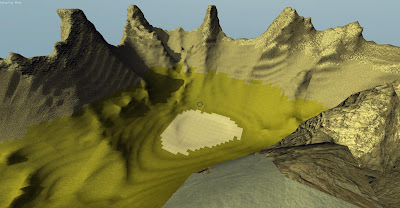 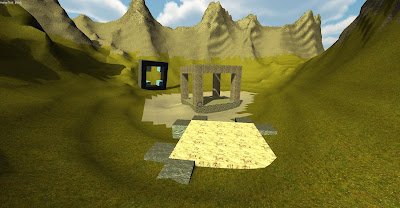 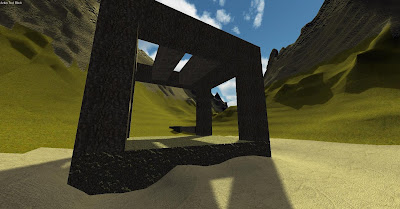 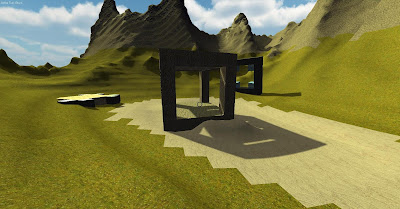 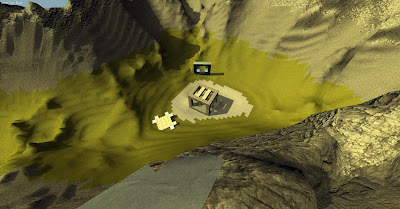 Email ThisBlogThis!Share to TwitterShare to FacebookShare to Pinterest
Labels: Update

As mentioned in our previous post we are currently experimenting with different solutions to represent an interesting game world.

These are some screens from an early endless terrain generator.

Slyceverse is an open world sandbox game currently in development. The game will contain creative sandbox and explorable RPG game elements.
We plan to make it available as soon as we have a stable alpha.
Want to know more? FAQ